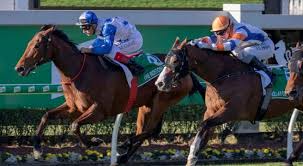 Gary Moore went to the Magic Millions sale not knowing quite what he was looking for. He never expected that it would be a one eyed colt, however. The one eyed son of All Too Hard went for $150 000, and was bought along with two other youngsters by Moore. He has proven his worth however, and can almost already pay back that investment. All Too Huiying has received an invitation to the two year old handicap at Sydney for 2 million dollars which is a prominent event on mobile betting sites calendars.

At the auction John Hawks bought ten yearlings by All Too Hard, so Moore felt that he should buy at least one, settling on the one eyed son of dam Madame Flurry.

All Too Huiying has so far run well both at trials and at races. Gary Moore wasn’t there to see the colt run at Sydney as he was overseeing his famous runner Takedown at Sha Tin. He has only run two races so far, coming in fourth in both of them. All Too Huiying is still very young, only just having turned two so he has his whole career ahead of him yet.

Can A One Eyed Horse Race?

Horses have almost 360 degree eyesight in both eyes. Like most prey animals their eyes are located on the sides of their heads so as to be able to see potential danger.

Many thoroughbred racehorses race with blinkers, which is a piece of gear designed to prevent them from seeing behind and to the sides too much. This is to hold their concentration on the front and winning the race. Many horses get thrown off by other horses racing up behind them, which blinkers prevent.

A thoroughbred with one eye is no worse off than any other blinkered horse on horse betting. He can see in front of him with one good eye, which is all that is needed for flat racing. If All Too Huiying were a jump horse his missing eye may be a problem as judging distances could be difficult.

All Too Huiying Potential

All Too Huiying is by the stallion All Too Hard who is a proven sire and racehorse himself. His most famous sibling is the winning horse Happy Trails, who retired with over 3 million dollars in prize money. Happy Trails ran 35 Group one races with a number of firsts, putting him in the elite class of racehorses.

Madame Flurry, All Too Huiying’s dam had six starts in regular races, with one win and one second. She placed the other four times proving her a decent but not outstanding racehorse. She was sent to stud and has had a number of foals including All Too Huiying and Happy Trails. She is a chestnut mare who is still producing winning foals, but it is yet to be seen if All Too Huiying is one of them. It does seemhowevere that only having one eye is not going to slow this indomitable racehorse down.