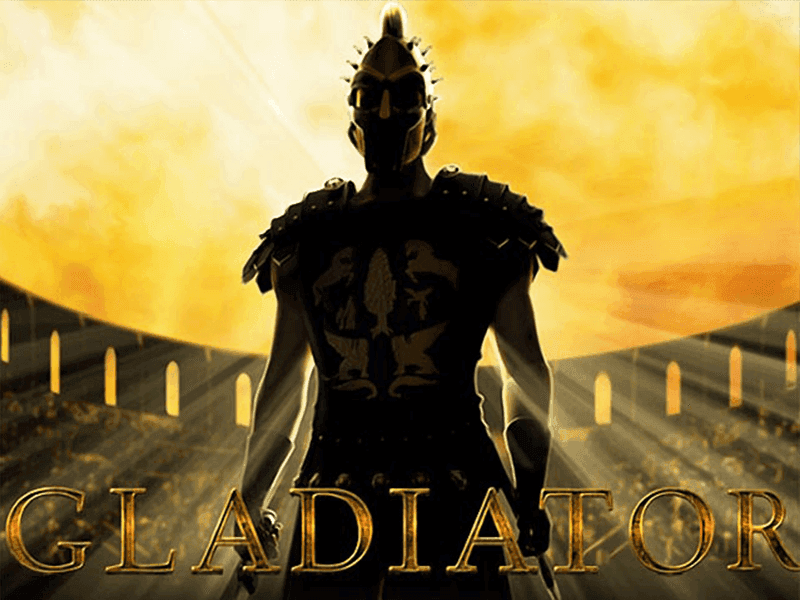 Gladiator is the title of an Ancient Roman-themed online video slot created by casino software developer Betsoft. The game takes place over 5 reels and up to 30 paylines, and revolves around the battles of the legendary Gladiator warriors of Rome.

The Gladiator online slot contains many bonus features, including a Gladiator Battle feature in which players can pick a prospective victor in a battle to win a cash prize. Other bonus features include Princess Wild symbols with multipliers, expanding Gladiator Smash wilds on reel 3 and a ‘Pick Me’ style bonus feature with more cash prizes available to be claimed.

The reels of Gladiator dominate the game’s screen, and these reels are framed by towering marble pillars and golden Roman borders in keeping with the game’s Ancient Roman theme. The pay table has also been integrated into the theme, appearing as though it has been carved in marble, and even the paylines feature Roman numerals in golden frames.

On the reels of the Gladiator slot is a selection of detailed reel symbols, ranging from gladiators to weapons, gold, riches and flags. Accompanying the game play is a themed soundtrack and suitable animations whenever a symbol is involved in a winning combination.

The reel symbols of the Gladiator slot by Betsoft include a sack full of golden coins, a tiger, a golden chalice, a white Roman flag, the Colosseum, a shield and spear combination, a shield and mace combination and a black stallion.

The Princess Wild symbol serves as the Gladiator slot’s standard wild symbol, appearing to complete winning combinations and substitute all other symbols in the game except for the bonus symbols, which are the hero gladiator, the villainous gladiator, the wooden door and the Colosseum symbols.

The Princess Wild symbol is also an enhanced wild symbol, and when this symbol lands at the top of the reel, the Roman princess will scatter flower petals onto the reels below her, turning the entire reel wild. Any winning combinations in which the Princess Wild appears will also be doubled.

Landing the Gladiator bonus symbol on reel 3 will trigger the Gladiator Smash Wild feature. When this symbol lands, a marble slab will cover the game’s centre reel, and a Gladiator will appear to smash it, revealing an entirely wild reel and subsequent winning combinations.

Landing 3 or more wooden door bonus symbols will trigger a ‘Pick Me’ style feature. Once the feature has been activated, players will be able to choose from a number of symbols to reveal a prize. Players at Jackpotcity NZ can continue to pick symbols until the ‘Collect’ symbol is revealed, which will transport them back to the base game with their prizes.

The final Gladiator bonus feature is the Gladiator Battle feature, which can be triggered by landing a hero gladiator bonus symbol, a Colosseum symbol and a villain gladiator symbol on reels 1, 2 and 3 or reels 2, 3 and 4. Players must then pick the gladiator they think will win the battle, and watch a brief battle take place between the two. Players will be awarded a prize regardless of the outcome, but the prize’s value will be higher if players’ chosen characters win the fight.